Call Us Today For All Your Limo Service Needs

Call For A FREE Estimate

Fill Out The Form for a Instant
Online Quote

Find A Vehicle Near You

Your One Stop Shop

We Service All Events

Transportation for big groups tends to be a nightmare, especially when you are all traveling separately. With a party bus, however, the entire group can travel as a single unit.  Instead of staring into traffic, renting a bus will allow you and your friends to have fun throughout the trip.

Renting a bus eliminates the risk of getting a ticket on your fun night out. Having a personal chauffeur (or a designated driver), you get to have maximum fun, enjoy alcoholic drinks, and still get to all your destinations worry-free and on time.

Party bus rental San Francisco is ideal for both formal and non-formal events. You can use a sprinter bus for that special night out on the San Francisco, CA town, proms, weddings, bachelor/bachelorette parties, and even company events.

Renting a party bus San Francisco, CA is not as complicated as most people assume. With various options being readily available, you can easily choose the one that suits your needs. Our party bus fleet features vehicles that can fit from as low as 8 people to as high as 50 passengers. It does not matter whether you have a small or a large group, you will always get something to ensure your comfort.

Since you will be traveling together with your friends, paying for the party bus will be more affordable – all you will need to do is pool-in the needed money together with the other riders. Instead of hiring several limos for a higher price, you get to pay a minimal cost and keep the party going even on the road.

We want everyone, irrespective of his or her financial background, to have the ability to explore San Francisco stylishly and enjoyably. This is why we make sure that our San Francisco, CA Party Bus prices are affordable. That said, the cost of renting a party bus San Francisco, CA varies depending on several factors. The main factors include:

Length of Your Ride

Our party bus rentals are offered in 4-hour time blocks. This means that even if you need a San Francisco, CA Party Bus for a single hour, you may have to pay a rate that covers the 4 hours. If you need the bus to drive you to and from the event, you may need to pay for the wait time even if the bus won’t have any passengers in it.

The more the number of hours you need the vehicle, the higher the cost will be. Still, for transporting large groups to those special events – such as bachelor parties and weddings – the marginal extra cost will be worth it to keep the entire group together.

Where the bus rental destination is located in relation to the customer’s pick-up location does affect the rental cost. Prices will generally increase if the party bus has to travel for more than 30 miles to get to the pick-up location. If the business location does have parking charges and other fees, these could increase the cost of renting a party bus San Francisco, CA.

Time of the Day

The prime time for party buses starts after 5 p.m. This means evening reservations may have a higher cost. If the special event extends into the wee morning hours, the company may charge a higher fee after midnight.

How fancy your chosen party bus San Francisco, CA is and the number of people it can accommodate affects the overall rental cost. A bus that is capable of accommodating 50 people will cost more than one that accommodates only 8 people. Also, a bus featuring the latest sound systems, DVD players, laser lights, mood lighting, etc. will cost more than one that does not have these features.

Day of the Week

Since Saturdays are the prime days for party bus rentals, you should expect the costs to be higher. On weekends, most companies receive 5 times more requests than on weekdays. San Francisco, CA Party Bus Rental Prices

Types of Party Buses We Offer

The smallest bus we offer features enough room for you and your friends of 12 friends, this bus guarantees a great time on the road. Though small (compared to our other party buses), this party bus in San Francisco, CA comes fully loaded with TVs, Aux/iPod connections, comfortable seating, and mood lighting. The bus comes with every touch of the party feel.

This party bus San Francisco, CA is ideal for when you are expecting over 14 guests. 20-passenger party buses – such as church buses, wedding buses, and minibusses – are available to make your event’s transport perfect. You can use the bus for a birthday party, wedding, proms, etc. Each 20-passenger party bus can be customized according to your needs. For example, it can have a dance pole on request. Additional customization options are always welcome.

If you are expecting a bigger number of people for your bachelor or bachelorette party, renting a medium party bus may be a good idea. Featuring enough space for your 30 guests, this bus will ensure that everyone is comfortable enough. To make the entire birthday, bachelorette or bachelor party memorable, this bus will come fully loaded with all the luxury amenities you need. Our 30-passenger party buses are not just limited to birthdays and bachelorette parties. You can use them as a church bus and for that special night out on town. Simply let us know what you are planning and you will get a bus suited to that special occasion.

Get that big party going with one of the larger San Francisco, CA party bus rentals. Featuring enough room for 40 passengers, this party bus will come loaded with a wide range of options, including mini bars and even dance poles. With a large dancefloor, connections that allow you to play your favorite music, and modern sound systems, you and your friends should get ready to dance to your drop-off location. Available in varying shapes, colors, and customizations, the 40-passenger party buses are perfect for all events and individuals.

With one of the biggest party buses, you can take everyone along. Equipped with minibars and multiple dance poles, you won’t be wrong calling the 50-passenger bus a club on wheels. The 50-passenger bus can be customized to fit both formal and informal events. If you are planning a night out on the town, this bus can include drinks, dance poles, the best party music, and much more. If you are looking for church transportation, this bus can be converted into something that fits the preferred environment for the church group.

For A Free Quote Fill Out The Form

Our live reservation agents are available 24/7

Known as The Golden City, San Francisco has a population of approximately 874,961, making it one of the largest metropolitan areas in the United States. Home to fashionistas, hippies, and techies, the city has iconic landmarks, exciting nightlife, and world-famous restaurants, which you can conveniently experience in a party bus.

From its music to cuisine, San Francisco has a rich culture. It is also the birthplace of the gay rights movement, making it popular amongst LGBT travelers. Whether you want to go shopping or explore relaxing green spaces, it has varied neighborhoods. One of the most popular is the Fisherman’s Wharf. While touristy, it is a must-visit, especially on the weekends. Your party bus can also take you to Chinatown, which has a huge selection of restaurants and shops. Meanwhile, at North Beach, you can enjoy the city’s Little Italy. On the other hand, at Russian Hill, you can explore the world-famous crooked Lombard Street.

Without a doubt, the biggest attraction is the Golden Gate Bridge. While riding a party bus, you can also explore its famous parks. The Presidio, which is where you will find The Walt Disney Family Museum, is a must-see. You should also not miss the Golden Gate Park, which is the third most visited park in the country. Its most popular attractions include the Japanese Tea Garden, de Young Museum, and Conservatory of Flowers. For scenic sights, Ina Coolbrith Park and Pioneer Park should be on your itinerary.

Your San Francisco adventure is incomplete without trying the food. Regardless of what tickles your taste buds, the options are endless, and your party bus will make sure that you go there without a hassle. For mouthwatering Italian-American deli, Lucca Delicatessen is the place to be. If you prefer something plant-based, it is hard to go wrong with Wildseed. For Chinese cuisine, Sam Wo, one of the oldest restaurants in Chinatown, is worth a visit. On the other hand, if Thai food is what you crave, Nari is a must. For something different, you can enjoy Burmese cuisine at Mandalay Restaurant.

What is your definition of a fun night out? San Francisco has something for everyone. For those who prefer live music, ride your party bus to some of the most iconic venues in the city. The Great American Music Hall, The Saloon, Mezzanine, The Warfield, The Bottom of the Hill, and The Filmore are some of the best music venues to visit.

Does your definition of a fun night include a lot of dancing? No worries! San Francisco is home to world-class clubs with pumping music, ecstatic lights, and a lively crowd. Sound fanatics will love Audio Nightclub. Meanwhile, Temple Nightclub is known for its state-of-the-art visuals and lights. The Great Northern is another club where you can show off your dancing shoes. Drink and party ‘til you drop. Your party bus can take you home safely!

Day or night, San Francisco promises a good time! Forget the hassle of going around on your own. Instead, book a party bus to fully experience the city.

🏆 How Much Does It Cost to Rent a Party Bus?

On average, renting a party bus San Francisco, CA will cost you between $750 and $1000. Various factors affect the party bus cost, including:

Depending on the above factors, the hourly rental cost ranges from $120/hour to $400/hour.

🚐 How Many People Can a Party Bus Carry?

Typically, party buses carry between 6 and 50 passengers. Various sizes of party buses exist and it is possible to get one ideal for medium to large groups of people.

How Much Do Transportation Services Cost? 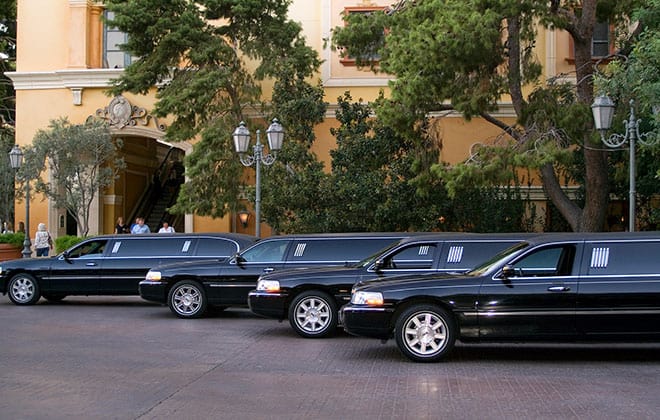 10 Things To Do In Stockton 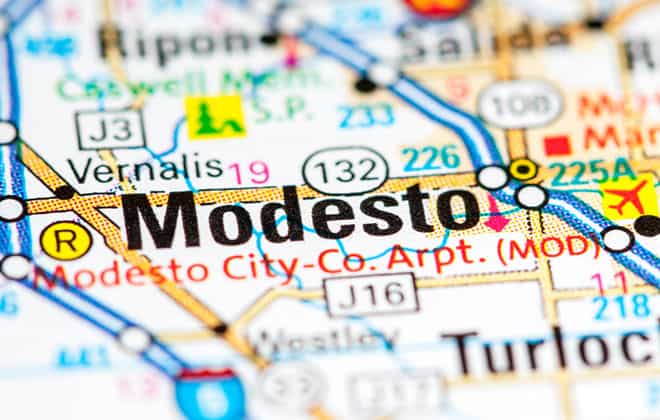 15 Things To Do In Modesto

Party Buses Near Me